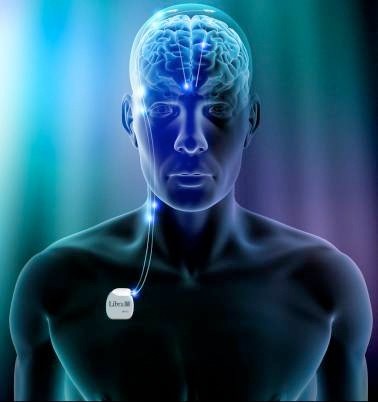 External products include the programmer, a laptop computer with proprietary software that has a wand and telemetry interface enabling communication with an implanted RNS neurostimulator. Physicians use the programmer to non-invasively program the detection and stimulation parameters of an implanted device. Additional features of the programmer include the ability to view the patient’s electrocorticographic (ECoG) activity real-time and the ability to upload the patient’s ECoGs that have been stored in the RNS neurostimulator.

Overview
Epilepsy is a chronic neurological condition affecting over 2.5 million Americans of all ages. Despite treatment with antiepileptic medications, approximately 40-50% of people with epilepsy continue to experience seizures or have intolerable medication side effects. Epilepsy surgery may be an option for some individuals with refractory (hard to treat) epilepsy. However, many people cannot have surgery because it would be too risky and/or is unlikely to be helpful. Consequently, new therapies for epilepsy are needed. Brain devices to treat epilepsy are currently being studied and may offer hope to those persons with epilepsy who are not adequately treated by antiepileptic medication and are not candidates for epilepsy surgery. 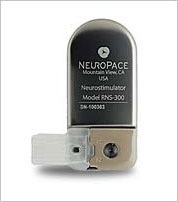 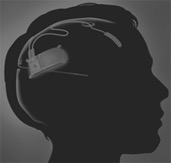 What is the RNS System?
The RNS is designed to detect abnormal electrical activity in the brain and to deliver small amounts of electrical stimulation to suppress seizures before there are any seizure symptoms. The RNS is placed within the skull and underneath the scalp by a surgeon. The RNS is then connected to one or two wires containing electrodes that are placed within the brain or rest on the brain surface in the area of the seizure focus (where seizures start). The RNS is designed to continuously monitor brain electrical activity from the electrodes and, after identifying the “signature” of a seizure’s onset, deliver brief and mild electrical stimulation with the intention of suppressing the seizure. This type of treatment is called responsive stimulation, but it is not yet known if it will work for the treatment of epilepsy.

A modified laptop computer known as a programmer communicates with the RNS via a hand-held wand. The programmer collects information from the RNS about brain electrical activity and is used to program the RNS to make detections and deliver responsive stimulation.

How Long Does the Clinical Trial Last and How is the Study Designed?
Study participation is expected to last approximately two to three years depending on when the eligibility criteria is met for implantation of the RNS.

After enrolling in the study, participants first complete the baseline period, which lasts a minimum of three months and a maximum of 15 months. During this part of the study, participants will be given a seizure diary to keep track of their seizures on a daily basis. The doctor in charge of the study will review the frequency and severity of seizures during monthly telephone calls or office visits. Study participants must have an average of three seizures for three consecutive months to be eligible for implantation of the RNS.

Once the eligibility criteria have been met, participants will be implanted with the RNS. Study doctors will check on a participant’s physical and emotional health and manage the RNS during regularly scheduled follow-up visits. Participants will continue to keep a daily seizure diary. 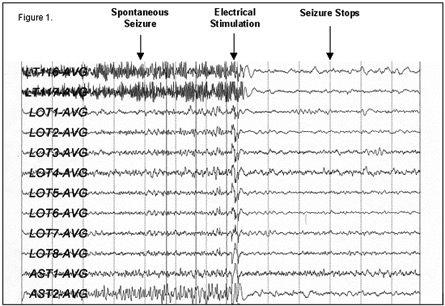 What are the Risks of Participating in the Clinical Trial?
Clinical trials involve risks. There may be side effects or adverse reactions to the device or therapy, or the therapy may make seizures worse. Implant of the RNS requires brain surgery; as with any type of surgery there is risk involved. Any person involved in this study will be given an informed consent form that describes all known risks. As there is limited experience with the RNS System, there may also be other risks that are currently unknown. Prior to participation in a clinical study, it is always important to discuss the clinical trial procedures, risks, and potential benefits of any procedure or operation in more detail with the physician at the clinical trial site.

Who is Eligible to Participate in the Clinical Trial?
Individuals who have been diagnosed with partial onset epilepsy (those that start from one or two areas of the brain) and have an average of three seizures per month that have not been controlled by taking two or more antiepileptic medications may be eligible to participate in this study. For more information about eligibility criteria, see the Inclusion/Exclusion criteria below or contact the closest participating center.

Note: Persons implanted with a vagus nerve stimulator (VNS) may be eligible for the RNS trial if the VNS is turned off for a period of time and the person is willing to have the VNS generator explanted (excluding leads) prior to or at the time of the RNS implant.

A list of some of the participating study centers is provided below.

Participating Institutions
The following sites are currently enrolling patients in this study. There may be other study sites that are not listed. You may contact NeuroPace for a complete list.